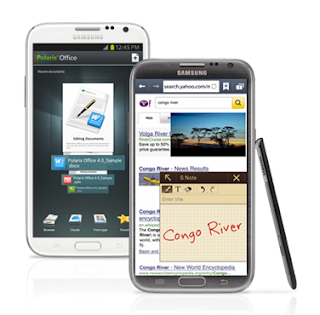 After owning my Motorola Photo 4G for about a year, it started to inexplicably slow down.  Even the dialer would take 15 seconds to launch after tapping the icon.  A moderate amount of diagnosis turned up no causes.  Additionally, as a photographer, I've always despised the Photon's poor-quality camera.  The the opportunity presented itself to upgrade, I spent some time researching options and eventually decided on the Samsung Galaxy Note II.  At 5.5", it's the biggest phone out there, but is still enough smaller than a tablet that it remains pocketable.

I probably would have spent more time on the fixing the phone if (A) the camera was decent, and (B) I was locked into a standard 2-year upgrade embargo.  However, neither was the case for me.

The Photon's camera was notably mid-grade even for a smart phone back in 2011.  In fact, that was one of the most common complaints in the reviews that I read.  In my own experience, images were frequently too dark and the colors were a little wacky.  It was considerably better than nothing, though, and I captured many fun memories with it--just nothing that I'd want to print and hang on my wall.

Another of my annoyances with smartphones in general is that the usable screen is just so small.  I'm spoiled by having an enormous amount of screen real estate on my desktop computers.  I find my 12" laptop screen annoyingly small.  The 960x540-pixel, 4.3" screen on the Photon felt like I was looking through a keyhole whenever I tried to do any real work on the phone.  This opinion only got stronger after my son bought his Nexus 7 tablet.  Besides, I'm nearing the mid point of my life expectancy, and my eyesight isn't getting any sharper.

When it was finally time to upgrade, I wanted something that had a great camera (by smartphone standards, anyway), and was at least as large and fast as my Photon used to be.  Oh, and it had to be available for Sprint, which has crappy coverage in Nebraska, but is so dirt cheap for me that I can't justify switching.

I did a lot of research online, and learned that the iPhone 5 currently has about the best camera available. The Nokia 808 PureView also gets pretty good marks.  Within the Android realm, the best cameras seem to be found in Samsung's flagship models like the Galaxy S III (GS3).  The test shots I saw were noticeably below the iPhone 5 in image quality, but I wasn't willing to give up Android just to get a better camera.

The GS3 is about seven months old.  It's half an inch larger than my Photon.  One common complaint, though, is that the display is a fair bit dimmer than its peers when viewed in bright sunlight.  The maximum volume is also a little lower than you might like, which is a serious issue for somebody who drives a trail-built Jeep to work every day.

A couple months ago (October 2012), Samsung released a big brother to the GS3: the Galaxy Note II (N7100).  At 5.5", it's the reigning king of the smartphone displays.  In fact, the display is exactly half way in between the size of my Photon phone and my son's Nexus 7 tablet... hence the nickname "Phablet."  Whether or not the Note2 is too large for you depends on how large your hands and pockets are.

My hands are a bit larger than average, but I questioned how well the phone would fit in my jeans pocket.  A quick visit to the local Sprint store to handle one in person confirmed that it fit just fine in my front jeans pocket, and that I could still just barely perform basic operations with one hand.

Nobody--even those who find the phone uncomfortably large to hold--disagrees that the display is gorgeous and a joy to use when you've got two  hands available.  My visit confirmed this as well.  I was grinning ear to ear after a minute of playing with the camera on that huge screen.

The Note II uses the same camera as the GS3, but its display is somewhat brighter and its volume is louder.  It has the same 1280x720 screen resolution as the GS3, which gives it a somewhat more pedestrian 256 ppi density--the same as my Photon, and better than the Nexus 7's 216 ppi.

One more feature that sets the Note2 apart is its stylus.  This is no ordinary mobile device stylus.  Samsung sourced it from Wacom, and it has 1024 levels of pressure sensitivity as well as a button on the barrel.  The tip is the size of that from a ball point pen.  There's even a hole in the Note II itself for storage.  Samsung has created a number of apps that make use of this stylus, performing such tasks as note taking and navigation gestures.  I'll be happy just to have something that allows me to sketch diagrams accurately.

One thing I will miss from the Photon is the built-in kickstand.  It came in very handy when watching a video or listening to music.

I haven't received my own Note 2 yet.  Once I've used it for a while, I'll post a new article with any idiosyncrasies that I find which didn't show up in the myriad of reviews that I read.