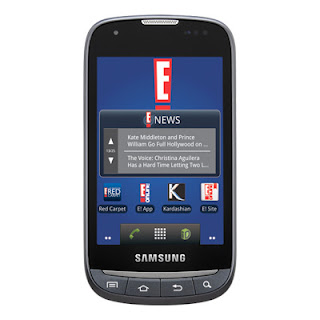 My son's Samsung Transform Ultra (M930) cell phone was acting up.  It started force-closing nearly every game he tried to run.  It had gotten to the point where it was basically unusable.  The "battery usage" screen under the system settings showed that "Android OS" (Gingerbread 2.3.6) was using 94% of the battery, which is a Bad Thing.  Several online sources said it was time to do a factory reset.  Not wanting this to be any more disruptive than necessary, I jumped through a lot of hoops to get things working again.

First, I made sure as many apps as possible stored their data on the SD card.  I then ran a full backup using MyBackup Pro to copy everything to the SD card.  I recommend making two separate backups:  one for data and one for the app APK's.  This will allow you to extract just the data if the apps are installed through traditional channels.  This is an automated process that ran for 15+ minutes.  I tried to run Titanium Backup Root as well, but found that the phone was no longer rooted (another indication of problems).  After the backup was done, I pulled the SD card from the phone and plugged it into my computer via a card reader, after which I copied the entire contents of the SD card to the computer for safe keeping.

With all the custom data safe, I did a factory reset per the instructions on Sprint's web site.

With the phone in a fresh state, my first order of business was to root it again so that we could continue performing full backups.  I followed these instructions on the AndroidCentral web site.  You have to be a forum member in order to see the links it gives to several Windows executables.  In case you aren't, here are the links:

That went exactly as described, and took 10 minutes.  Now, to reinstall the apps...

To keep from going insane, change the screen timeout to something longer than 30 seconds.  (Settings / Display / Screen timeout)

Update all of your system software.  (Settings / About Phone / System updates)  This may require some reboots.

Add your account back to the phone.  You'll be prompted to do this when you run the Android Market (the old name) or Play Store (the new name).

Setup WiFi, if needed.  (Settings / Wireless & network / Wi-Fi settings)  Google may have remembered your WiFi settings and reinstalled them for you when you added your account back to the phone.

Install MyBackup Pro (or your backup app of choice) again so that you can extract your backup.  Extract the backup, which should still be on your SD card unless you wiped it.  Unlike the backup, MyBackup's restore is not automated.  I was prompted for two button clicks for each app as it was installed.  Needless to say, this took quite a while.

I noticed that a number of the apps (including Minecraft Pocket Edition, which gets the lion's share of usage on this phone) did not get restored, and had to be reinstalled from the Google Play Store.  This is curious, because the APK does exist in the backup.

All of the freshly restored apps will, by default, be set to store their data on the phone, not the sdcard, so they will ignore the old data that's still saved there.  Switch all of the apps to point to the sdcard, and then copy the app data back to the phone's SD card from the backup you put on your computer.
(Settings / Applications / Manage applications / Media area)

This seems to do the trick.  If you've got any questions, corrections, or other comments, please speak up below.
Posted by Obi-Wan at 8:00 PM