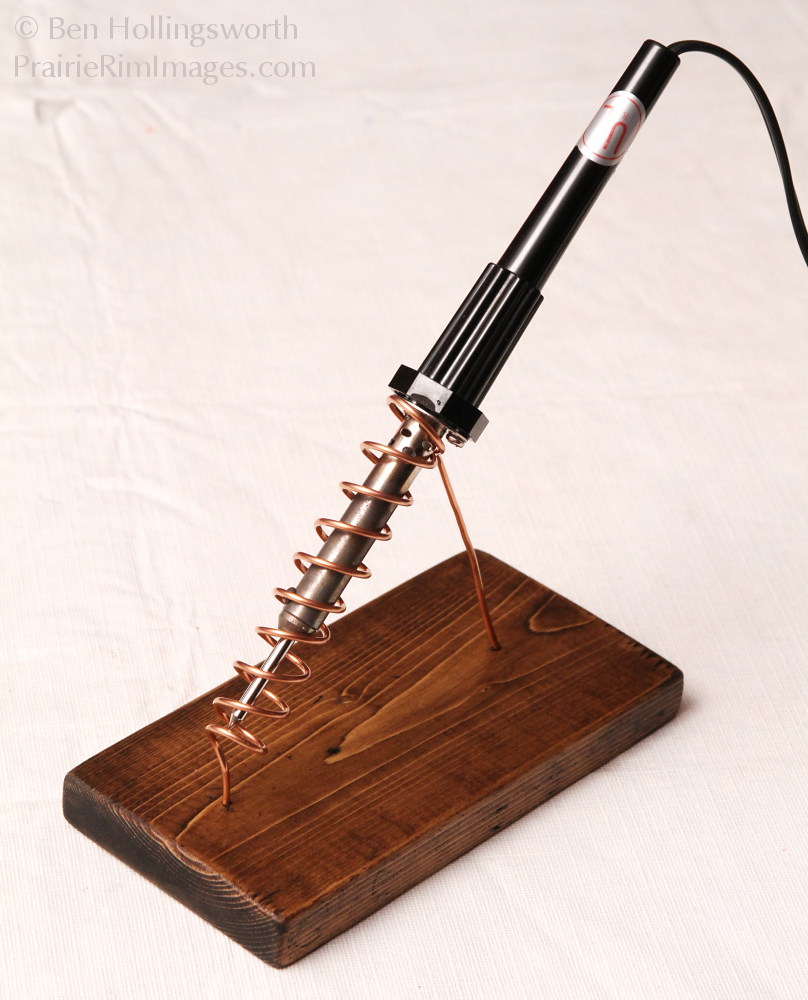 I was probably in junior high when I bought my soldering iron.  It's a simple, 35W pencil style iron that probably cost all of $15 at Radio Shack.  For 30 years, I've used it with the tiny little support that it came with to keep the hot iron from lying on the workbench.  All the while, I prayed that nobody would walk by and bump the power cord, dragging the iron onto the floor in the process.  After seeing a much better holder design for sale commercially, I decided to make one of my own using some scraps I found in my garage.  It only took me about 30 minutes to make (not including drying time for the stain) and didn't cost me a cent.

The general idea is that a metal coil holds the soldering iron's tip like a pencil holder.  The iron's handle is held up at a convenient angle for you to grab it when you need it.  That coil is anchored into a base that's stable enough to keep the whole mess from tipping over and burning you if it's bumped or the cord is tugged. 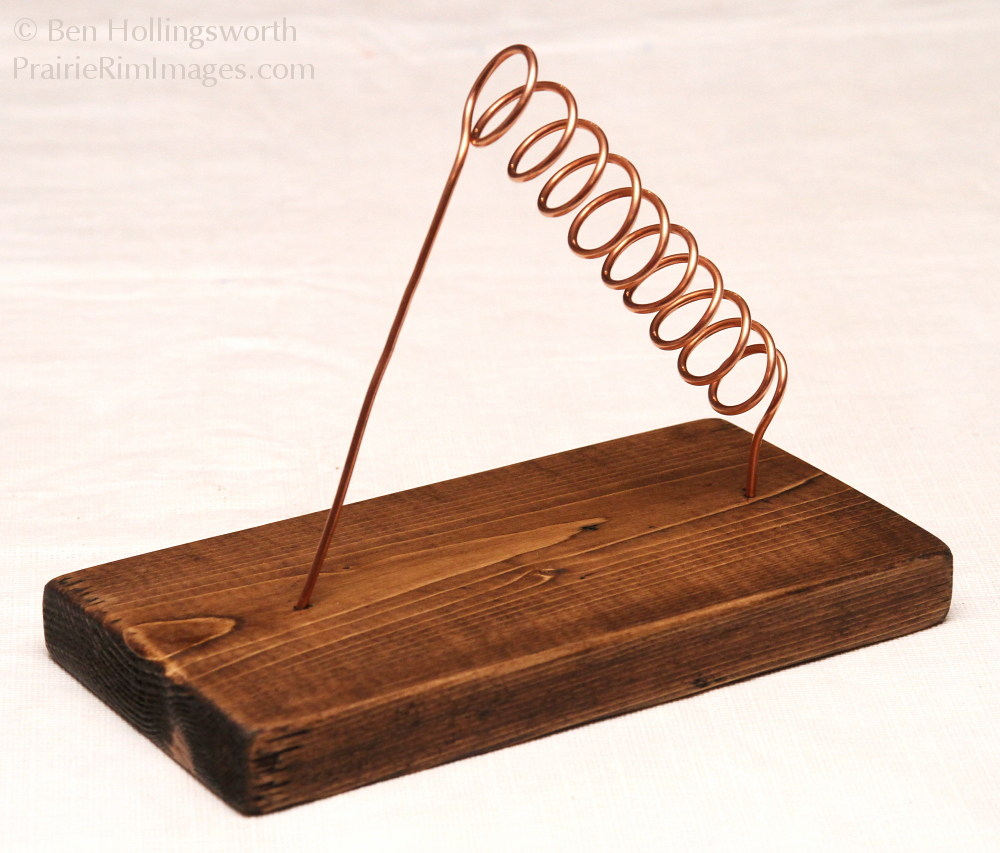 The base is a 6" long 1x4 that I pulled from my scrap pile.  I didn't even have to cut it down.  I sanded it smooth and coated it with glossy dark walnut stain to make it look nicer.

The coil is made out of about 24" of copper wire that used to be the uninsulated ground wire from a scrap of 12awg romex.  It's flexible enough to bend into shape, but still stiff enough to hold its shape during use.  14awg wire would probably work, too, but it will deform more easily. 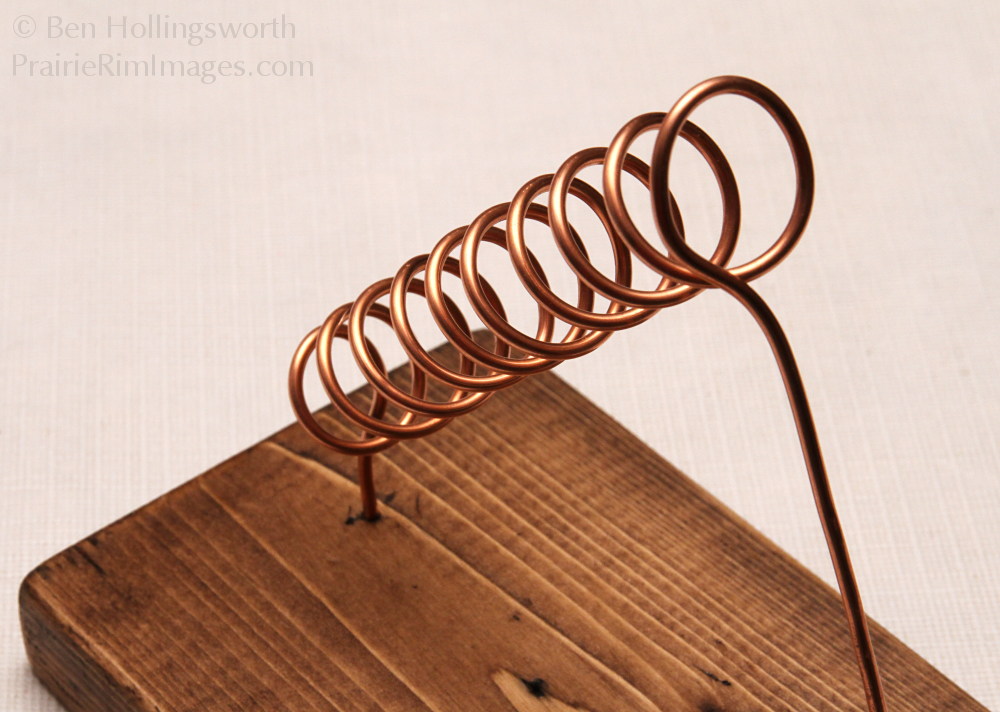 I formed the coil by wrapping the wire around an old pneumatic air hose, but any round dowel or pipe would do the trick.  Just make sure that the coil diameter is wide enough to let the iron slip in freely, but small enough to keep the iron's insulated finger guard from entering the coil.  For my iron, that's about 3/4" ID.  The coil should probably be long enough that the tip of the iron doesn't protrude out the bottom of the coil, thereby adding a little extra burn protection. 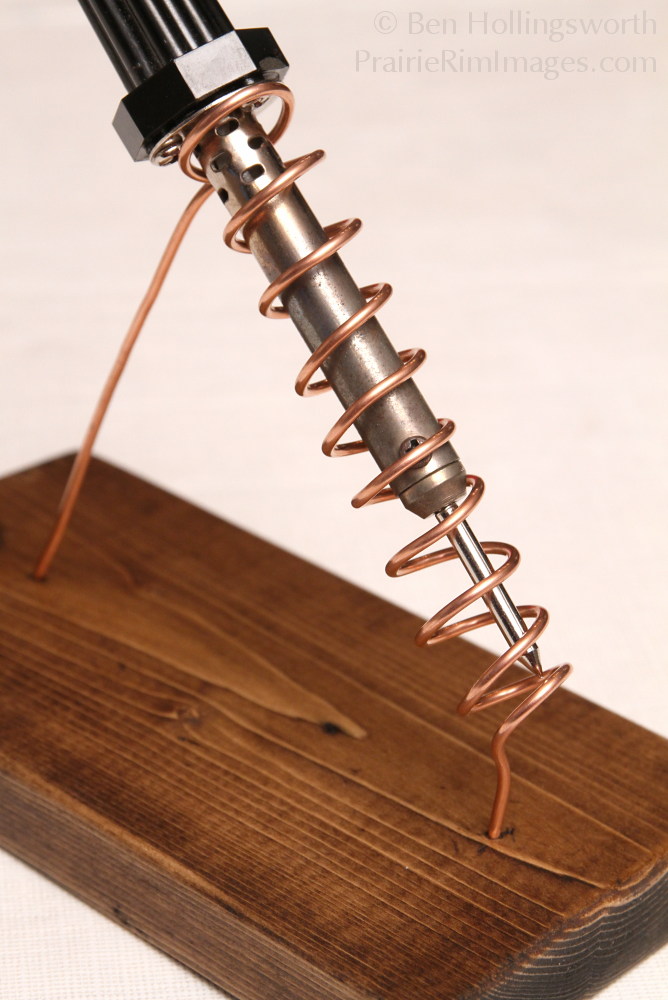 I drilled two holes most of the way (but not all the way) through the base with a bit that provided a snug fit for the copper wire so that it would go in easily, but wouldn't have to be glued. 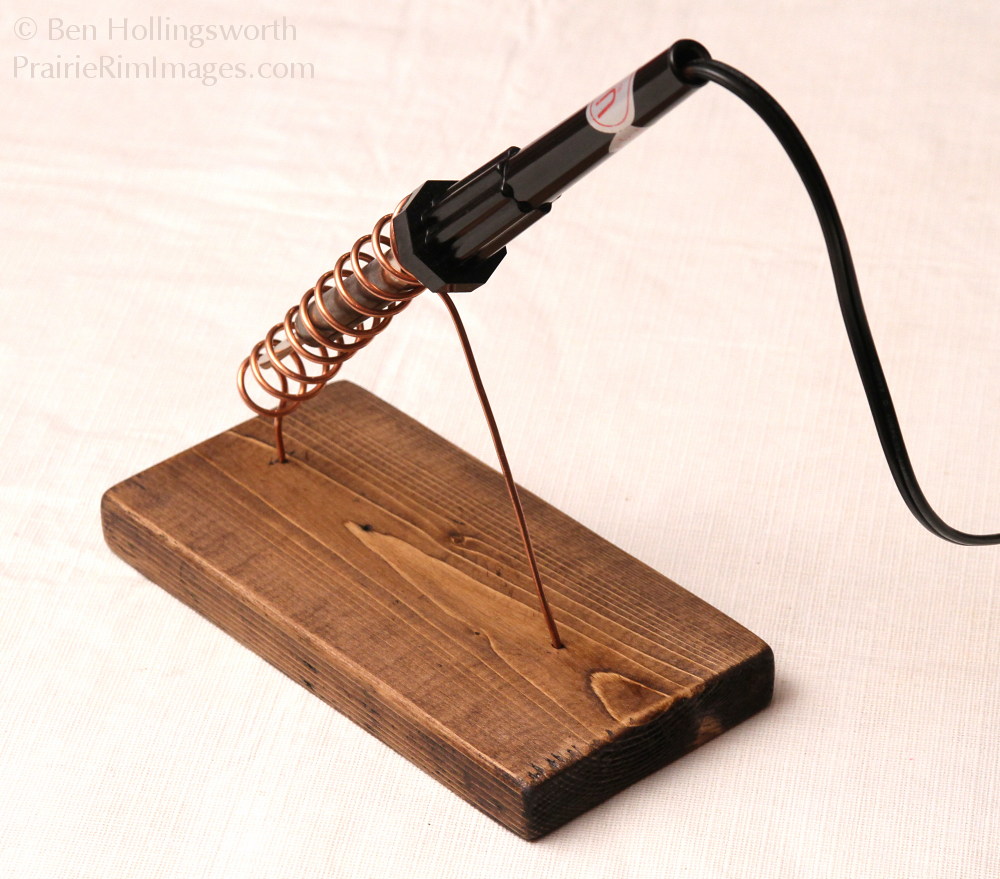 That's about all there is to it.  The holder works great.  It's far more stable than laying the iron on its side on the workbench, and it holds the iron at a more comfortable level for easily picking it up.  The best part is that it cost me only a little time, but no money.

Do you have any suggestions for improving this design?  What cheap hacks have you made that turned out really well?  Please speak up in the comments below.
Posted by Obi-Wan at 8:00 PM